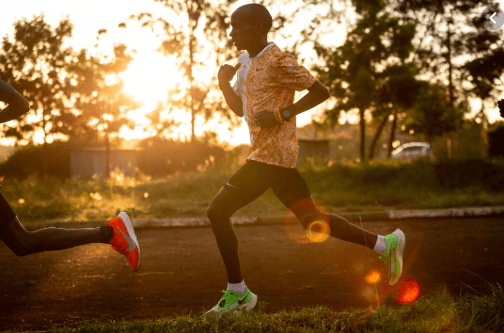 A few months ago, the brand Ineos launched a challenge called “1:59:59.” Basically, the challenge is trying to break the two hour marathon with, once again, Eliud Kipchoge. They have been doing a great job documenting his training and the environment in which he does it, his support network and even some interviews from the runners who are going to pace him during the attempt, which will happen in a few weeks in Vienna.

Finally, they’ve added a series of short interviews with other notorious athletes about limits, and these limits within the context of having achieved amazing things in their respective sports.  So even though this isn’t directly associated trail stuff, there’s definitely a connection between this topic and the things that we as trail runners are often thinking during a race or a hard training: “how much can I push? How far can I run?” Definitely worth checking out and reflecting on this short video series.

Even though it feels like Lucy Bartholomew has been running ultras for a while (and she has, in fact) but we often forget that she is only 23 years old. Her experiences and results in the sport make her seem like a veteran who’s been competing for much longer. In this podcast, Lucy talks about how she got her start in ultra running, and how her passion for trail running and wanderlust has taken her all over the world for the last couple of years.

You have probably heard or read about the race called “Marathon des Sables,” right? But did you know that it has a “little brother” race called the “Half Marathon des Sables”? The Half MDS is taking place this week along the coast of Fuertaventura: one of the islands in the Canaries. In case you’re not familiar with the MDS rules, those who run this week’s race will be required to carry all of the gear they need (literally everything except water) for the duration of the race, which makes it a really difficult, multi-day effort.

You can read more about the race here.

No so long ago, Ellie Greenwood frequented the news on the trail scene with her podium results and victory in big trail races around the world. After a few rough years in terms of injury, though, Ellie is once again enjoying running on the trails. Even though she may have been in and out of competition throughout the last couple of years, she’s still always been present. We leave you with this interview so you can get to know her better.

It is hard not to share Kilian news when it’s out there–so, here’s a recent interview where Kilian talks about his relationship with “skimo.” Skimo (ski mountaineering) is his other main sport besides trail running. In the interview, Kilian talks about his vision for the sport now that it’s going to be in the olympics. He also talks about being a new dad, and how that has changed his approach to his crazy mountain adventures.