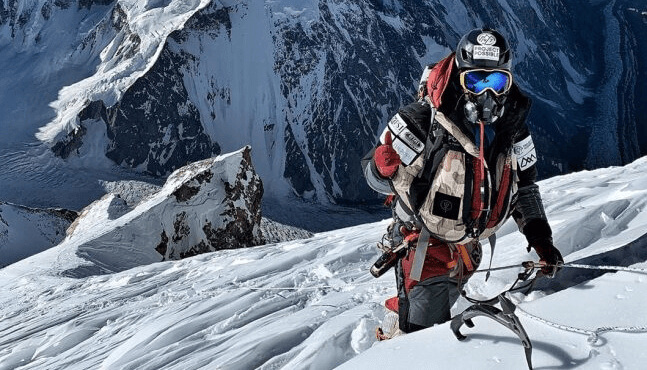 At Vert.run, we get inspired by more than just trail running stuff. A few weeks ago, we shared with you our excitement about Eliud Kipchoge breaking the mythical 2 hour marathon barrier in the effort he did in Vienna for his project…and now, we share with you a very different type of record related to mountaineering and big peaks.

Last week, Nirmal Purja completely crushed the record for climbing all the 14 peaks of 8,000 meters, doing so in less than 7 months. (The old record was 7 years!) We bet there’s a story behind each one of his ascents, but for now, we leave you with this article’s that recaps all the crazy adventures he’s been living during the last couple of months climbing all the highest peak in the world for his project “14/7.”

You can find some more details here and here.

Last week, we had the final race of the series–and the race that was chosen to be the big finale was the spectacular “Annapurna Trail Marathon” in Nepal. On the women’s side, Judith Wyder won the race–and the series overall–after one of the favorites, Maude Mathys, took a wrong turn on the course and ended up DQd. On the men’s side, it’s no surprise that Kilian Jornet won both the race and the series after his year of spectacular results. We leave you with this short recap video.

In last week’s newsletter, we shared Maggies Guterl’s amazing performance at the grueling “Big Backyard Ultra” race, making history in being the first woman to win the race. This week, we’d like to share an article with more details about her race, which also dives into the idea of women being more willing and better-suited for endurance than men in these wildly-long events.

We like Rich Roll’s podcast, and this interview with Amelia Boone is no exception. Earlier this year, we shared a really personal post that Amelia put on her website about her eating disorder and how that has been affected her for a long time now. In this interview, she goes deep into this subject and other things related to being a full-time attorney and training for ultra-endurance types of races.

You can hear the podcast here.

Here’s a good article in Trail Runner Magazine about the “Vertical racing” going on. Going straight up a mountain has been a classic for years on the Euro scene, but now the trend is getting bigger every year in the U.S. with more festival races offering this type of format to give trail runners a new “sufferfest” challenge…because let’s admit: a VK is mostly a sufferfest, aka going up as hard as you can for a “short” period of time. The views are almost always worth it, though, so next time you can try one of these types of races!