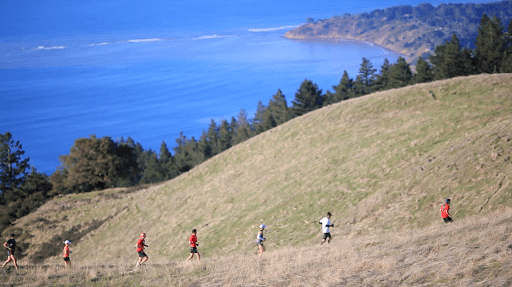 Like we talked about in last week’s newsletter, the racing season is coming to an end for a lot of trail runners in the northern hemisphere…and this weekend is one of the last big races of the year: The North Face Endurance Challenge California, which is the series’ championship in San Francisco. This is usually the last race of the season for a lot of elites runners, and this year promises to be no different with a very deep field on both the men and women’s sides.

This 50 mile race is well-known for attracting a strong contingent of runners every year. Runners start at a fierce pace right from the gun, which usually means big blowups and DNFs, but also makes for some amazing performances for the first place finishers. Definitely a race worth following, even from the first miles.

We leave you with the iRunfar preview of the women and men contending for top spots. Also, iRunFar is covering the race this Saturday so you can catch the updates on Twitter as per usual.

For most people, running 100 miles could be considered the pinnacle of his or her trail running career. No matter if you’re an elite runner or not, running the mythical distance is on the bucket list for a lot of you, I’m sure. But what about running four 100 mile races in the span of three months? Well, that’s exactly what “The Grand Slam of Ultrarunning” is” running and finishing the Western States 100, the Vermont 100, the Leadville 100 and The Wasatch 100. Amazing, right? We leave you with this video about Gediminas Grinius chasing the overall time for this crazy challenge.

Besides Endurance Challenge California happening this weekend, there’s also the WMRA world cup happening in Argentina. This year, the “K42” in Villa la Angostura will be the host for the event. Lots of well-known names will be representing their countries this Saturday at the race. For sure a race that’s well-worth following. Which country do you think will end up on the podium?

There are few trail runners who stand out in our memories thanks to both their results and their impact as people–and Joe Grant is definitely one of them. With good results at races like Hardrock 100 and some well known FKT’s (like the Nolan’s 14), Joe is better known for his approach to the sport and how, most of the time, he usees this approach to express something else beyond the pure athletic aspects of trail running.  It’s always worth to hearing (or reading) about what Joe’s up to, so we leave you with this interview where he reviews a bit of what he has done lately.

The UTMB was a few months ago, but we’re still seeing new material coming out. This time, it’s a video about USA runner Jason Schlarb’s experiences in this year’s edition. It is worth noting how having a committed, familiar crew can make a huge difference in moral during a race as long as UTMB; despite not having had his best day during the race, Jason decided to keep pushing until the end to not to let anyone down.