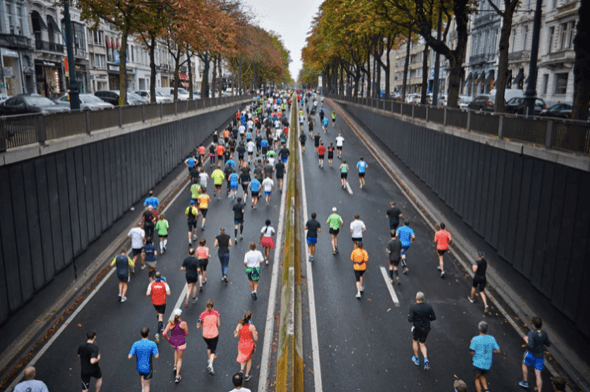 We know that a lot of you are active Strava users, so we thought that you would enjoy this recap that the platform does every year about all the activities uploaded to it, and how that translate into numbers, statistics and most important, stories.

From the activities with the most vert (like the record on skis from Kilian in 24 hours), to the guys who summited Everest and put it on Strava, to all the people who ran a marathon in 2019, there is a lot of awesome stuff to dig into. Definitely worth a read.

You can read the report here.

The biggest mountain outside of Asia (Mt. Aconcagua) has a long history in fast attempts, but lately we haven’t seen any big projects like the ones that Kilian, Karl Egloff and Fernanda Maciel did a couple of years ago…but that doesn’t mean there isn’t action happening there. Last week, Czech Martin Zhor beat the record from the base camp to the summit, making it in 3h38m–just a minute and half better than the previous record held by two Italians.

“The Boldest Adventures of the Last Decade” – Mens Journal

More recaps of the last 10 years, and this time we leave you with the “Mens Journal” – “Boldest Adventure of the Last Decade”. Plenty of amazing adventures that you probably forgot about (as we tend to remember just the latest cool thing that we saw, haha) that isn’t necessary related to trail (even though there are a couple in there) but we definitely considered them to be “Ultra” challenges, because of the phsical and mental strength involved in each one of them. Inspiration to set your personal goals for this 2020!

We know that many of you set goals at the beginning of the year, whether that is competing in a specific race, or finishing your first Ultra, and aim to “hit” some numbers with your training during the year. This time, we share the video of the “Ginger Runner” who has been postponing a goal that he set up to do years ago: to run a 100 mile training week, but he hadn’t done for many reason. Well, he finally decided to commit to it and in the last week of 2019, he did it. Nothing beats reaching your goals, no matter how long it takes you.

The American Ultra runner, Cody Reed, hasn’t been around that long on the trail scene. However, he already has some big results to show off, like his first place at the last Ultra Trail Cape Town 100k a few weeks ago, beating no other than Francois D’haene in the last kilometers. We leave you with this podcast so you get to know him, his motivation behind running long distances, his relationship with the Grand Canyon (his playground with his group of friends called the “Coconino Cowboys”) and more.