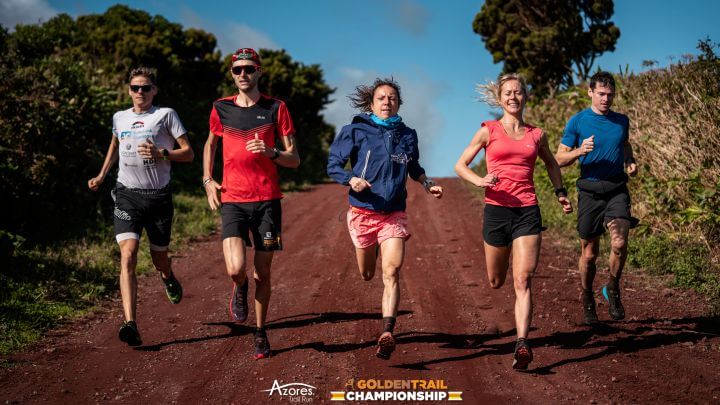 The year is almost over–and with the situation getting complicated again with the pandemic, this week’s race that happened on the island of Azores may be the last important race we get to ‘watch’ this year.

With a not-so-common format (it’s a stage race) and its mostly ‘short’ and technical trails, (plus it has a ranking for the best overall time, best climbers, downhillers and sprinters of each stage), this final from the Golden Trail Series had one of the deepest fields we’ve seen this year with lots of big names competing.

Stages 1 and 2 already had winners and some epic performances–so still two stages left to know the final winner.

Interesting race format for sure.

Are you new to trail running? Or do you want to start running on the trails and are looking for some good advice? Well, we leave you with this interview we did (yep, we, from Vert.run) with the founders of Mappy Hour and Get out and Trek, about trail running in general but also lots of good tips and hacks if you’re new to the sport. (Or even if you just want to get to know our 3 co-founders better, could be fun to watch!)

You can watch the interview here.

This week, we’re sharing this unique video that mixes music (playing the drums, to be more specific) with mountain running…and by mountain running, we mean a real mix between climbing and running. This short film called TEMPO is a nice approach to moving fluidly and efficiently in complicated terrain and the movements of playing an instrument.

This past week, there was news circulating the internet that Kilian Jornet was going to attempt to break the mythical record of 24 hours on a track, held for more than 20 years by the ultra legend Yiannis Kouros, (which FYI is 188 miles.) But then, Kilian said he’s actually not running at all at the moment (while nursing some injuries) which of course didn’t stop people from getting excited about the prospect of such a challenge.

Like we said back in June, we’ll be donating each month–and encourage you to donate–to a different running group within the Black running and outdoor community. The organization for this month: Black Running Organization