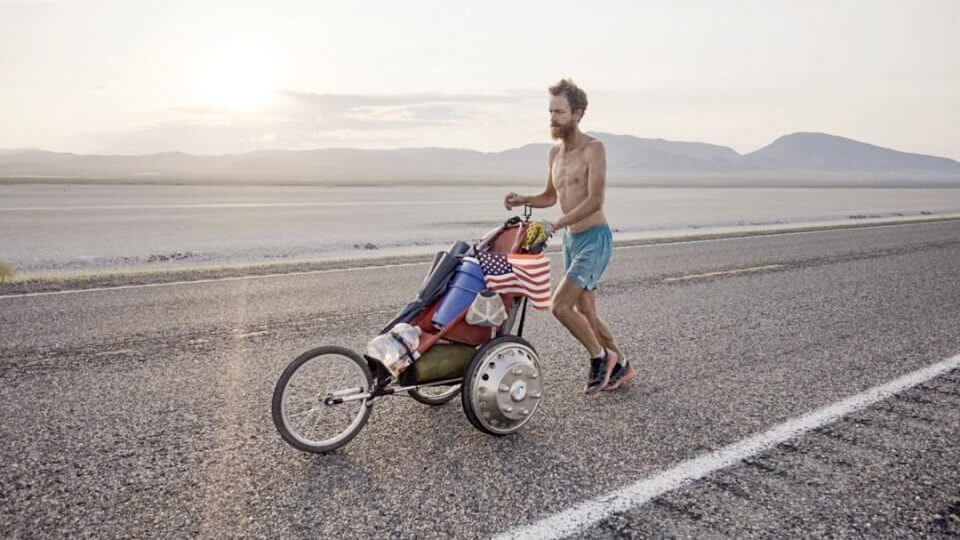 In 2017 and after the last election in the US, Rickey Gates decided to embark on his biggest project ever (at the time): crossing his country by foot from coast to coast, in what he would end up calling Transamericana.

Beyond the physical, psychological and logistical challenges that running across America (and its 4,000 miles) involves, this journey ended up being way more than just the running side of things, but more about the chance for Rickey to connect and learn more about himself and his country in this long journey.

3 years later, and we finally get to watch this beautiful film that tells the story in first person by Rickey. A must-see for sure.

You can watch the film here.

Eliud Kipchoge vs Kenenisa Bekele…do we need to say more? This Sunday, we will get to watch one of the most anticipated races of the year with the two most accomplished runners of our time running in this special edition (of only elite runners) at the London Marathon. We leave you with this video to set the scene for what we’ll witness this Sunday.

How long do you think it would take you to do 3.3 miles and 6,500 feet of descent on a technical trail? Like in our last newsletter, this week we share with you one of the fastest ‘Vertical Kilometers’ (pure uphill competition) of the circuit–we now bring you this other record for downhill on one of the most steep and spectacular mountains in the French alps.

As this Sunday we will be watching what happens at the London Marathon, we will also be watching what happens at another very different type of race: the “Three Days at the Fair.” This is basically a loop that runners do until they hit a certain time from 6 hours up to a few days of consecutive running. What’s special about this race? Camille Herron (which has been putting this type of race back on the map these last couple of years with her amazing results) is aiming to break not only the US 48 hours record, but also the world record held by the mythical ultra runner Yiannis Kouros.

Like we said back in June, we’ll be donating each month–and encourage you to donate–to a different running group within the Black running and outdoor community. The organization for this month: Black Running Organization